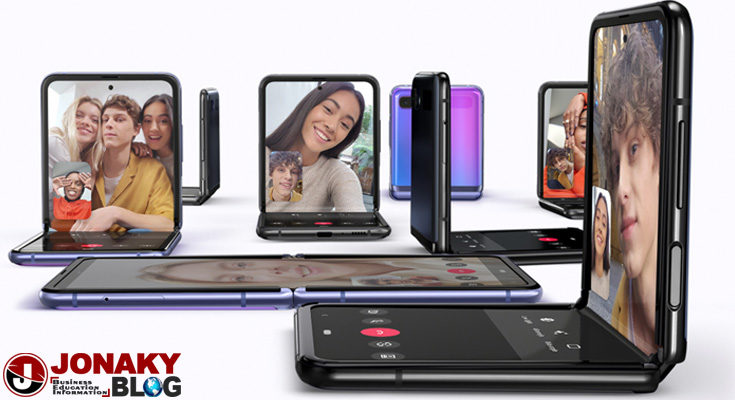 Have you been looking for the features of the Samsung flip phones or Samsung Galaxy Z Flip? You have found the right answer for your research.


These Samsung flip phones rotate 360°, which enables them to be folded without having any issues.

Samsung flip phone uses the Foldable Dynamic AMOLED technology in its display; this is why the Samsung Galaxy Z Flip is quite attractive and also expensive.

Samsung Electronics Company is known for its sleek design, durability, awesome look, as well as been portable.

In as much as Samsung produces mobile phones, they also manufacture refrigerators, TVs, fans, and other electronics products.

Network of this Galaxy phone

What are the body dimensions of the Samsung Galaxy Z Flip?

It was built with a plastic front, glass back (Gorilla Glass 6), aluminum frame, and these Samsung flip phones support Nano-SIM and eSIM.

What platform does the Samsung Galaxy Z Flip phone run on?

The memory of this Samsung phone

The phone has an internal memory of 256GB ROM and 8GB RAM. But unfortunately, there is no expansion slot to expand the memory.

What is the sound unit of the Samsung Galaxy Z Flip

Samsung Galaxy Z Flip features a loudspeaker that enables the user to audibly hear sounds from the phone without connecting to an external device.

Unfortunately, this category of Samsung Flip phone does not come with the 3.5mm jack port for connecting headsets and earphones.

The loudspeaker frequency is 32-bit/384kHz audio.

What type of communications does Samsung Galaxy Z Flip use?

Samsung Galaxy Z Flip supports NFC but unfortunately, it does not support radio. The type of USB connections found in this product is USB Type-C 3.1, USB On-The-Go.

It comes with a non-removable Li-Po 3300 mAh, with features like Fast charging 15W and Fast wireless charging.

This Samsung Galaxy Z Flip is an awesome phone which comes with some common features found in other Samsung Flip phones.

Read also Elon Musk – Read all you need to know about Elon Musk
Share this article:
Sign up for my newsletter ⤵