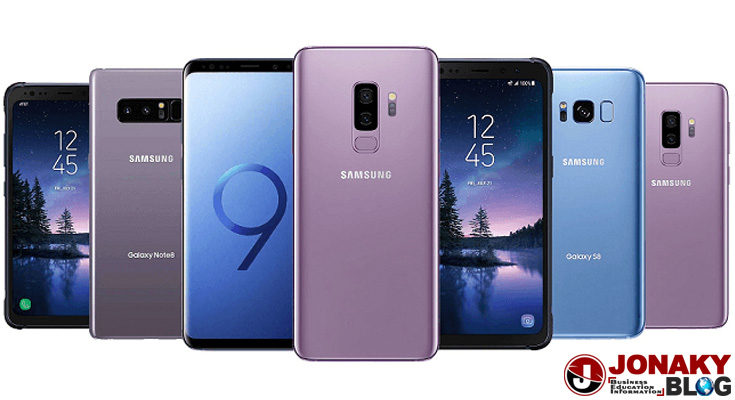 In the market today, Samsung phones have gotten the heart of so many smartphone users, because of their unique features and sleek design.

Samsung flip phones allow users to fold the phone when not in use and also unfold it to become a normal size android phone with about 6 inches display screen when they want to enjoy their smartphone.

Table of Contents hide
1 Top trending Samsung phones in the market today
2 Which Samsung phones is the best value for money?
3 Which phone is better Samsung A or S?
4 Is Samsung S7 waterproof/take pictures underwater?
5 What does the A mean in Samsung Galaxy?
6 Conclusion


Samsung Electronics Company is very popular in the electronics market today because of their wide range of products; some of their electronics products include refrigerators, fans, televisions, watches, computers, etc.

Samsung mobiles come with a special chipset from Samsung which enables the phones to display over 16 million colors with its amazing screen resolution.

Unlike other phone manufacturing companies, Samsung mobiles are superb both in their interior and exterior design.

The technical know-how in Samsung phones makes its users more convenient while using their products; in as much as they know that they can get support right away from their comfort zones.

Have you been searching for the best Samsung phones that will suit your mobile activities? Below are the most purchased Samsung mobiles in the world today.

Also, these Samsung phones have positive reviews from users who have used them for some months.

Which Samsung phones is the best value for money?

Which phone is better Samsung A or S?

Samsung phones that run in the S series are found to be more powerful than other Samsung mobiles that were categorized in the J and A series.

The spectacular features of these S series Samsung phones are very unique and superb. They are found to have great computing powers and they always process information faster because of their powerful processors.

Meanwhile, these features make the S series of Samsung mobiles to be more costly than other mobile handsets from the same company.

The screen of the S series type of Samsung phone is clearer and brighter when compared to other Samsung mobiles.

Samsung S series phone model has good loudspeakers which filter the sound that comes out of these phones; thereby making the sound be heard well in the human ear.

The Samsung Galaxy S7 is a water resistance device that can stay up to 30 minutes when immersed in water without getting damaged.

This Samsung Galaxy S7 is an IP68 mobile device; this means that it is resistant not only to water but to dust as well.

What does the A mean in Samsung Galaxy?

This Samsung Galaxy A series is also a product of Samsung Electronics Company.

When compared to other Samsung products, these “A” series is an average phone that users who love Samsung phones can as well afford with the little cash they have.

Samsung phones are one of the reigning phone models in the mobile phone market today. This is because of its awesome design, superb cameras, ultimate screen resolutions, long life span, etc.

Also read:   Celebrity Text To Speech: How To Create Yours [Detailed]

If you want to enjoy using a smartphone, we recommend Samsung mobiles for you. So many reviews from users report proving that Samsung manufactures a fast performing and nice-looking mobile phone.

Read also Elon Musk – Read all you need to know about Elon Musk
Share this article:
Sign up for my newsletter ⤵