Home  » Technology  » The Apple Store ? Read all you need to know about Apple Stores 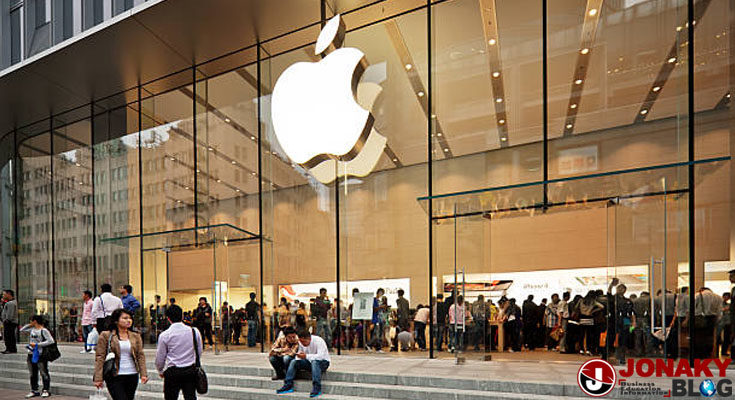 Apple store is one of the most gorgeous retail stores in the world today. Though this company began without having any consumer retail shops, as of 2001, the managers of this company instituted some retails stores.

These stores were built to make users express their feelings for the awesome and sleek designs that Apple products come with.

Table of Contents hide
1 Brief information about the Apple Store ?
2 Reasons why Apple Store is a special store
3 How many Apple retail stores are there?
4 Can I visit an Apple store?
5 How many stores does Apple have in U.S and China?
6 Can I go to the Apple store without appointment 2021?
7 How do I make an appointment at Apple?
8 Does Apple accept walk-ins 2021?
9 Who is the CEO or boss of Apple now?
10 Is Apple cheaper online or in-store?
11 Is Apple OS upgrade free?
12 What company owns Apple?
13 What countries don’t sell Apple products?
14 Why is the Apple store so successful?
15 What Apple Stores sells
16 Where is the biggest Apple Store?
17 Who owns the most shares in Apple?
18 Can I walk into an Apple store and buy a phone?
19 How much money does Apple make a year?
20 What countries are Apple products sold in?
21 Are Apple products the same price everywhere?
22 Countries Where You Can buy iPhones at the Cheapest Prices in Apple Stores
23 Conclusion


We discussed all you needed to know concerning Apple stores and what you can achieve in these retail stores from your location.

Meanwhile, the prices for Apple products in their retails stores and online stores are almost the same, just that online shopping attracts shipping fees.

Brief information about the Apple Store ?

The Apple Store ? is one of the most popular retail stores in the world today. This store is owned and managed by Apple Inc.

Apple started their retail shops as far back as 2001 by their leading CEO Steve Jobs, though he battled with some challenges before building the retail stores.

Currently, there are over 500 Apple Stores in various countries in the world.

Apple retail stores help them to easily sell their products to nearby consumers without the need to ship them from a far distance.

With the help of retails stores, Apple Stores ? have been able to record more than $16 billion in sales in different countries where their retail stores were located.

Reasons why Apple Store is a special store

One of the core reasons why Apple Stores is very special among other retail stores is that each Apple Store has its group of Apple experienced experts who can detect and troubleshoot problems in a very short period.

When users bring their products to these experts in the Apple Store, they usually settle the problems that same day.

How many Apple retail stores are there?

Currently, there are 512 Apple Stores in 25 countries globally where Apple retail stores are located for easy shopping.

Can I visit an Apple store?

Yes! You can visit Apple stores to shop your favorite products, search for their new products as well as repairing your faulty Apple products.

All these are only available at Apple stores that are fully open and it’s registered as one of Apple’s retail stores.

Depending on your location, check the nearest Apple stores near you to see the open days and visiting hours.

How many stores does Apple have in U.S and China?

Currently (2021), there are over 270 Apple Stores in the United States of America alone and China has about 50 Apple retail stores.

China is the second to the largest country that has the highest number of Apple Stores within its locality.

Moreover, other countries have numerous Apple retail stores, though it’s not up to that of China or the U.S.

Can I go to the Apple store without appointment 2021?

No! It’s advisable to first book an appointment before going to Apple Store, most especially if you intend to get assistance from their experts.

If you didn’t book an appointment, you may be delayed to personal help from the staff in these retail stores, as they will first attend to people that booked appointments.

How do I make an appointment at Apple?

Also read:   How to View the Source Code of Any Website [ultimate guide]

Meanwhile, when booking appointments, you will be asked to provide your contact information which will be used to reach you before your appointment time.

Who is the CEO or boss of Apple now?

Currently, the CEO of Apple is Tim Cook. He is the leading CEO of Apple from 24 August 2011 till the present.

Is Apple cheaper online or in-store?

The only difference is that when buying online, you will need to pay shipping fees and this will attract extra costs and charges.

Yes! Upgrading your Apple OS is totally free and very easy to do. All you need is to connect your device to the internet probably via Wi-Fi and proceed to download the new OS version for your device.

Apple is currently owned by Apple Inc. Though Vanguard Group and BlackRock Inc. are the major investors in this company.

Meanwhile, these two companies are not the only investors in Apple Inc. but they own a larger portion of shares.

Other individuals that are a shareholder in Apple Inc. are Tim Cook, Bruce Sewell, Al Gore, Johny Sroujli, etc.

Some of the countries that don’t permit Apple products to be sold in their countries are Syria, North Korea, Sudan, and Cuba.

These countries were banned from selling Apple products because they were sanctioned by the United States.

Meanwhile, both exportation, sale, supply of any Apple products is banned in these countries mentioned above according to Apple’s global trade compliance by the United States.

Why is the Apple store so successful?

Apple Stores are very successful today because they know how to control customer’s experience with their sleek and amazing products alongside the journey of buying those products.

This experience makes Apple stores easy to access and more successful among other retail stores out there.

Moreover, Apple offers this awesome service both in its online and retail stores.

Apple Inc. is the manufacturers of assorted electronics devices and accessories. Moreover, in Apple stores, you will probably see smartphones, personal computers, tablets, wearables and accessories, and other related services.

Some of Apple stores products include iPhone, Mac, iPad, and Wearables, Home, and Accessories.

Also read:   How to change your cPanel password [Easy Guide]

Their iPhone is one of the popular products that Apple sells in their retails stores.

Where is the biggest Apple Store?

This store in Boston is composed of iconic glass and an amazing storefront design, including the bright-designed apple logo which was positioned well in all its surroundings.

Who owns the most shares in Apple?

The Vanguard Group, Inc. owns the largest shares in the Apple Company.

The below table shows some companies with top shares in Apple Inc.

Can I walk into an Apple store and buy a phone?

While Apple retail stores are built to enhance the user shopping experience, you can just walk into any Apple store and buy an Apple product of your choice.

Moreover, as long as the product you’re looking for is in the store, you can walk in and purchase it.

How much money does Apple make a year?

What countries are Apple products sold in?

Some of the countries where Apple products are sold include:

Some countries such as Russia tend to have high-prices Apple products. So in Russia specifically, Apple products are sold at a high cost when compared to other countries.

Apple stores make the shopping experience easier for their noble customers. Today their retail stores are located in diverse countries.

We elucidated things that make Apple stores unique, countries where these stores are located, how to book an appointment with Apple expert staff, etc.

Thank you for reading
The Apple Store ? Read all you need to know about Apple Stores