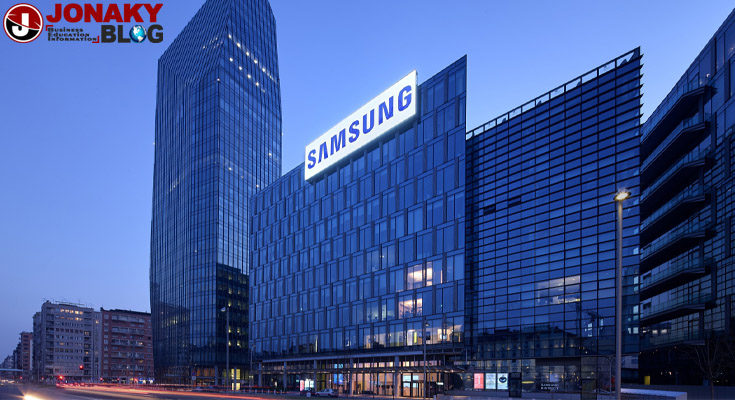 Samsung is one of the leading companies in terms of electronic devices in the world today.

This company started in the 19th century to be a trading company. But along the line, the founder changed his initial purpose of establishing the company and it was converted into a global electronics company.

Table of Contents hide
1 A brief history of Samsung Electronics Company
2 Who owns Samsung?
3 What country owns Samsung phones?
4 Which country is Samsung from?
5 What does Samsung mean in Korean?
6 Who is the CEO of Samsung in 2020?
7 What is Samsung logo?
8 Does Google own Galaxy phones?
9 Which country uses Samsung the most?
10 Which phone sold the most in 2020?
11 What is the number 1 phone in the world?
12 Top 10 Best-Selling Mobile Phones of All Time
13 Top 20 most popular phones in 2020
14 Is Samsung better than Apple?
15 What is the best-selling Galaxy phone?
16 Which Galaxy phone is the best value for money?
17 Best Samsung Galaxy Series Mobiles (2021)
18 Top Galaxy phones with the best camera
19 Which Galaxy phone has the best battery life?
20 How long do Samsung phones last?
21 Are iPhones better than Samsung Galaxy phones?
22 What’s bad about Samsung?
23 Is Galaxy the best phone brand?
24 Is Samsung cheaper than Apple?
25 Why do Samsung phones hang?
26 What is Samsung well known for?
27 How do I find my Samsung phone info?
28 Who invented Samsung?

In this guide, I’ll give you all the necessary information you need to know about Samsung Electronics Company.

Samsung is a South Korean company that is now recognized as one of the world’s largest manufacturers when it comes to electronic devices.

This company focused on a wide range of electronics devices that can be used at homes, companies, offices, etc. Some of these companies appliances are digital cameras, computers, mobile phones, Televisions, refrigerators, etc.

Today it is one of the most recognized companies in South Korea and its products cover about one-fifth of entire South Korea’s total yearly exports.

This company was founded by Lee Byung-Chull on March 1, 1938, as a trading store (company). In the initial period, this company began with trading noodles and other related goods which were being distributed within the providence of Korea.

When the trading began to progress, the founder expanded it and started exporting its goods to China as well as other countries.

Later, when the Korean War ended, Lee Byung-Chull expanded his company to include the manufacturing of textiles and other materials.

As of that time, he focused mainly on industrialization, to help her country recover from the outfaced war.

As of 1970, the company ventured into a heavy-duty textile manufacturing industry.

Meanwhile, the company engaged in the electronics industry in 1969 and the first product that they produced was black-and-white televisions.

Samsung is owned by Samsung Electronics Company. It was founded by Lee Byung-Chul in 1938; though he started this company as a trading company.

Later the son of the founder of this company took over the company as the chairman.

This company constitutes several other well-known businesses that are under the Samsung Electronics Company.

Must read Samsung TV – Read all you need to know before buying Samsung TV ?

This company is composed of various affiliated businesses that unit together under the Samsung brand of electronics.

Which country is Samsung from?

Samsung has its headquarters in Samsung Town, Seoul, South Korea.

What does Samsung mean in Korean?

In Korea, the Samsung logo means “Three Stars”. This name was first initiated by the founder of Samsung Electronics Company by the name Lee Byung-Chull.

The founder had a vision that his company will be very powerful and everlasting in the future; this is why he described it with “three stars”.

What is Samsung logo?

The latest official logo of this electronics company is shown below

Does Google own Galaxy phones?

Although Galaxy phones use Google’s Android Operating System, it doesn’t mean that Google is the owner of Galaxy phones.

Meanwhile, Galaxy is already on a project of which they aim to build their Operating System that will perform far better than Android OS.

Which country uses Samsung the most?

From analysis, Samsung products are mostly used in China. Statistics recorded that Samsung has about 717 million active consumers that are using Galaxy phones as of 2017.

India is the next country that uses this companies products the most and they are followed by the U.S., Brazil, and Russia.

Galaxy phones are one of the most sold phone models in 2020. Statistics recorded that about 1.35 billion mobile phones were sold in 2020, Galaxy has about 253 million units of these mobile phones.

These were measured to take up to 18% of the mobile phone market share.

Samsung Electronics Company has sold more than 19 billion units of mobile phones just from 1994 to 2018.

What is the number 1 phone in the world?

Currently, the best mobile phone in the world is the Galaxy S21 Ultra. Although this rating was gotten from thousands of users who rated this Galaxy S21 Ultra alongside other phones such as iPhone, Nokia phones, etc.

Below are mobile phones with the highest number of sales in the entire globe:

Also read:   Elon Musk - Read all you need to know about Elon Musk

Below mobile phones were recorded as the most popular phones as of 2020.

Is Samsung better than Apple?

In terms of camera, the latest Galaxy phones camera comes with a lot of amazing features that are refined, fun, and the camera’s lens is almost equaling that of the digital camera.

But this doesn’t mean that iPhones cameras are not good when it comes to features.

Moreover, in terms of security, Apple phones are more secured than Samsung phones that rely on Google Operating System which is Android.

If you’re the type of person that loves the camera so much in phones, you can go for the latest Galaxy smartphones.

What is the best-selling Galaxy phone?

Top best Galaxy phones available in the market today are:

Which Galaxy phone is the best value for money?

The best Galaxy smartphones recommended for you are:

Latest Galaxy series phones and their prices in India

From our list, the phones below have the best camera according to user reviews.

Which Galaxy phone has the best battery life?

The most rated Galaxy phone with the best camera is Galaxy S21 Ultra.

How long do Samsung phones last?

The average life span of Galaxy phones is at least 6-7 years. Meanwhile, this duration depends on how you handle your smartphones.

But if there is any physical challenge, this phone will not last up to 6-7 years as stated above.

When it comes to security, iPhone is far better than Galaxy phones. iPhone has its App Store where iPhone users can download favorite apps.

This Apple Store prevents iPhone users from downloading apps that are affected by malware.

However, Galaxy allows their users to download from assorted app stores which will ultimately expose their phones to malware.

In as much as this,Galaxy does not have as strong security as iPhone. Their security depends on the security kit that comes with Android Operating System.

One thing that users complain about Samsung is that they don’t regularly send updates to their users.

Users complained that they only send updates to people that are using their high-end smartphones.

Meanwhile, the company is just telling their users who wish to enjoy software updates in the future to upgrade to their high-end devices.

Is Galaxy the best phone brand?

Galaxy phones is not the best brand for everybody in the world, but they are one of the best smartphone companies in the world. They have about 21% of the global market share.

Although they are using Android Operating System in their mobile phones, yet people buy it more than iPhone in the global mobile phone market.

Is Samsung cheaper than Apple?

Even with all the amazing features that Galaxy phones came with, they are cheaper than Apple iPhone in terms of pricing.

If you’re looking for a good smartphone with a sleek design and awesome features, we recommend Galaxy phones over Apple iPhone because they are far cheaper than iPhone.

Why do Samsung phones hang?

From user reviews, the core reason why most Galaxy phones hang a lot is that they don’t frequently send updates to their users.

When your OS version gets outdated, some functions in your phone will start malfunctioning.

So because Galaxy phones lack software updates, they hang over time and the device also becomes slower when users begin to use it.

What is Samsung well known for?

Samsung is well-known for the manufacturing of a large variety of consumer and industry electronics such as refrigerators, mobile phones, Fans, Computers, Televisions, etc.

It is one of the largest Electronics companies in South Korea. In as much as this, they produce as high as one-fifth of entire South Korea’s total exports.

How do I find my Samsung phone info?

Below are some useful codes and their description that will help you when looking for certain information in your Galaxy phones. Although this feature is only available for Galaxy S4 and later.

Samsung was invented by Lee Byung-Chull on March 1, 1938, as a trading store (company). But later it was turned into an electronics company. 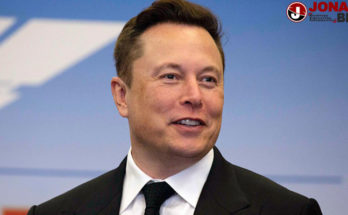 Elon Musk – Read all you need to know about Elon Musk