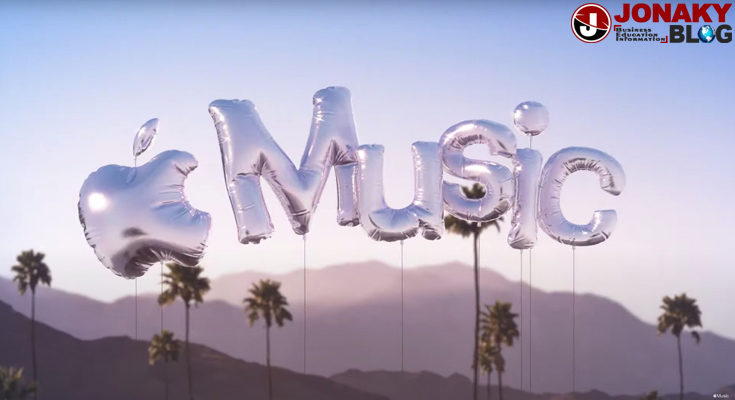 This platform offers its users a 6-months free subscription for the first time, of which the users will continue to renew their monthly or yearly subscription at usual prices.


When streaming songs, you can download some to your device; so that while you’re out of signal, you can be able to enjoy an unlimited number of songs offline.

In a comparison between Spotify Premium, Apple Music, and YouTube Music, Apple Music tends to have more features such as high audio resolution, awesome catalog, etc. over other Music streaming platforms.

Below is a detailed guide on what you should know about it.

Apple Music is a streaming music service that is owned by Apple Inc., which has over 75 million songs and a strong Music video catalog in its library.

It has a radio station that broadcasts its frequency to more than 200 countries in the world, and this service is 24 hours every day.

Must read The Apple Store ? Read all you need to know about Apple Stores

They usually give new subscribers a six-month free trial of which each user will be mandated to pay a monthly fee if he wants to continue using the service.

As of 2019, it has more than 60 million subscribers in the entire globe.

Currently, as an Apple product user (probably iPhone), you can get your first six months for free.

These free months only work on iOS devices because you can only subscribe to this Music streaming service with your Apple account.

Is iTunes the same as Apple Music?

iTunes is just a free app that allows users to manage their Music library, organize the playlist, listen to Music video playback as well as Music purchases.

This platform is a paid music streaming service that charges its users $9.99 per month. In as much as this, they charge about $15 per month for families and $5 for students.

How does Apple Music subscription work?

Because it is a pro version of iTunes, they offer all the benefits of iTunes Match alongside unlimited playlist access and quality streaming resolution.

With this platform, you will get unlimited access to its radio station, as well as access to thousands of purchased libraries.

Is Apple Music better than Spotify?

Though both are Music streaming services, in terms of streaming resolution, iOS Music is far better than Spotify Premium Music.

In as much as this, Spotify has some advantages over Apple. Some of these advantages are better social features, collaborative playlist, etc.

iTunes store is strictly for iOS users. Moreover, iOS product users can be able to buy Music in the Apple Music app with their iPhone or Mac.

In as much as this, users who are using another operating system can be able to buy Music directly from their iTunes app.

Is Apple Music worth the cost?

Even though there are a lot of free music streaming services such as YouTube audio, SoundCloud, and even a free version of Spotify, Apple Music is worth paying for.

Also read:   Tik Tok - Read everything you need to know about Tik Tok

This platform uses information submitted by a subscribed user to recommend favorite songs, Music genres, and artists for the user.

Moreover, it offers some features that allow you to update your preferences at any time.

Is Apple Music or Spotify cheaper?

Both Apple audio track and Spotify Premium charge the same price for their accounts, which is $9.99 per month.

Moreover, Spotify’s family plan is a bit costly than that of Apple Music’s family plan. Their student’s plan is the same for both streaming services.

Which Music subscription is best?

Though Spotify Premium competes with Apple Music, Spotify Premium has the best streaming service due to its user-friendly interface, extensive catalog which is compatible with all devices.

The overall review from users claims that Spotify Premium is better than that of Apple.

What Music streaming service has the most songs?

Below are some Music streaming services with their number of tracks.

In terms of user experience, Apple Music is better than YouTube Music because it offers some unique and amazing user experiences in the Apple mobile app.

Some of these features include Music AI Music suggestions, social features, etc.

Does Apple Music have a yearly fee?

Yes! It charges $99 per year for individual subscribers. But as a new user, they will offer you a free 6-months trial for you to master the platform and see the need to migrate to the premium version once your free trial expires.

Other yearly subscription services range from $14.99 per month for families (with up to 6 users from the family)

Do you get Apple Music free with iPhone 12?

As an iPhone 12 user, you will be given a 6-months free subscription to Apple.

Furthermore, this six-month free subscription to this platform is quite free for everyone that wanted to use it for streaming his favorite songs.

So as an iPhone user, when you bought your device, just activate your 6-moths free streaming on it.

How do I end my Apple Music subscription?

Below are the steps you should follow to cancel your current Apple subscription, probably on your iPhone, iPad, or iPod touch.

Can you listen to Apple Music offline?

To listen to this music offline, you need to first download it when you’re connected to the internet.

When the song is on your device, you can now listen to it while offline.

How long can I listen to Apple Music offline?

When you download music from this platform to your device, there is no limit to how long you can listen to those songs offline.

In some cases when you’re out of signal; probably in a mountain, train, etc. you can still flex your favorite songs without any limit.

With Apple Music, you can be able to achieve a lot of features that are not available on other Music streaming platforms.

Even if you don’t have the cash to renew your monthly subscription, you can enjoy their free six-month streaming service.

Read also Tik Tok – Read everything you need to know about Tik Tok
Share this article:
Sign up for my newsletter ⤵