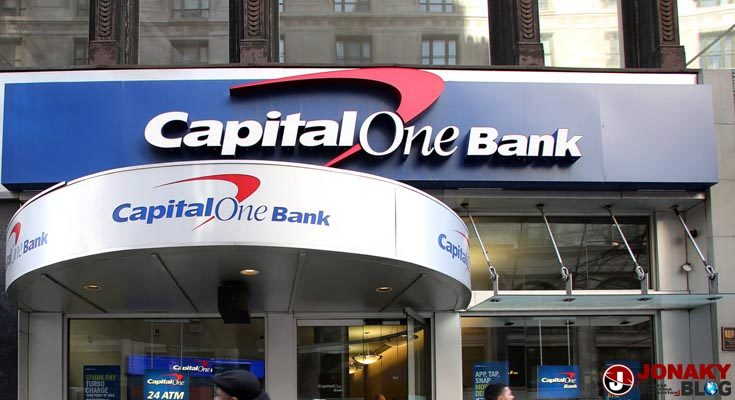 In this guide, I’ll show you all you need to know about the Financial Corporation known as Capital One.

It is one of the well-known financial institutions in the United States of America and its main focus is to enhance technology in the banking system.


Its assets and revenue run in multiple billions of dollars globally of which some are credit cards, loans, and so many others.

Capital One is one of the most popular commercial banks in the United States of America that captured citizen’s interest through its amazing services.

This amazing bank has a lot of branches which are scattered all over the country where it is located.

Capital One is a highly rated commercial institution that is trusted by so many companies as well as a large population of individuals within the region of Canada, the United Kingdom, and the United States of America also.

What is Capital One?

Capital One is a financial corporation that is located in America that focused on special functions such as banking, credit cards, auto loans, etc.

This large corporation is located in McLean, Virginia; which is a region in the United States of America.

It is one of the largest banks that exist in the United States with millions of active customers who enjoy the technology that Capital One uses in handling its banking activities.

Also read:   Bluehost Review – All you need to know about Bluehost

This highly-rated bank has over 700 different branches with assorted ATMs scattered all over the region of the United States.

This financial institution also operates in some countries like Canada and the United Kingdom where it also gained a good number of happy customers who are operating with this bank.

Capital One is very popular when it comes to consumer banking, credit cards, and commercial banking; of which their major revenue comes from the credit card.

What credit score do you need for a Capital One credit card?

Capital One said that one needs either a FICO score of 580 or higher to use their credit card.

They also said that one can be qualified to use their credit card if the user has been accepted for a loan from the bank in the five previous years.

Or probably if you have at least three years of credit card history, from the time you started operating with another financial corporation.

Is Capital One just a credit card?

Capital One is not just a credit card, they are a financial corporation that also involves in banking and loans both to individuals and businesses.

Do they charge an annual fee?

Some Capital One credit cards for example – QuicksilverOne Cash Rewards Credit Card has a regular annual fee of about $39.

Meanwhile other credit cards such as Platinum Credit Card of which this company also offers do not accrue any annual charges on them.

Why are they charging me a membership fee?

According to Capital One, they don’t charge any membership fee to their customers. The reason is that they are the normal bank that operates just like every other commercial bank out there.

Any member that is being charged a membership fee will know that he/she is in a different package of which he accepted to be paying such fee during his registration with the bank.

Also read:   Samsung Refrigerators - All you need to know about Samsung refrigerators

Apart from this, other members are fully enjoying the free membership fee.

What’s the highest credit limit on a Capital One card?

According to Capital One, their highest credit limit is $50,000. Of which this limit is quite not restricting for companies and individuals that run more expenses regularly.

Does Capital One raise your credit limit after 5 months?

Capital One claims to offer an increase in credit line limit when you have used their credit card to make your five monthly payments with it.

Meanwhile, the more you use your credit card, the more they will allow you to make more transactions with the credit card.

One can as well explain to their customer service and managers that he needs an increase in his credit card limit of which they will do it on your behalf; probably by finding out some reasons for the request and some documents for it as well.

Can you pay with their credit card online?

Like other banks, Capital One allows its customers to make online payments with their credit cards.

For you to do this, follow the below steps:

What is the interest rate at Capital One?

According to Capital One, their interest rate is approximately 0.40%, of which most of their customers can comfortably bank their money with them.

There are no monthly fees and minimum opening deposits. This means that customers have all freedom to fully operate with the bank.

They also revealed that their average national rate for savings accounts is 0.06% APY, which sounds cool.

Is Capital One good for savings?

Capital One was rated as one of the best banks that you can use to save your money without receiving monthly fees or maintenance fee charges from your saved money.

The bank covers some of their expenses by loaning money to people of which their interest is used to settle some accrued expenses in the bank, rather than deducting your saved money.

Can I withdraw money from my Capital One 360 savings?

Yes! While operating with a 360 Performance Savings account with Capital One, you can withdraw your saved money through online transfer or by using your ATM to extract the money from your account.

You can as well transfer your money from one Capital One account to another or other banks; when operating with an Automatic Savings Plan.

You can also meet any of their branches near you for assistance on how to go about moving money from one account or bank to another.

How often does Capital One increase the limit?

According to Capital One, they change the credit limit once every six (6) months, though it depends on the account that the user is operating with.

They do this for security reasons and the standardization of their corporation.

If you planned to frequently change your credit limit, unfortunately, you are allowed to do that just twice a year; that is every 6 months.

We discussed some of the changes that one may face while banking with Capital One Financial Corporation as well as some things you need to know while saving your money with them.

From reviews and ratings from users, they are reliable and trustworthy.